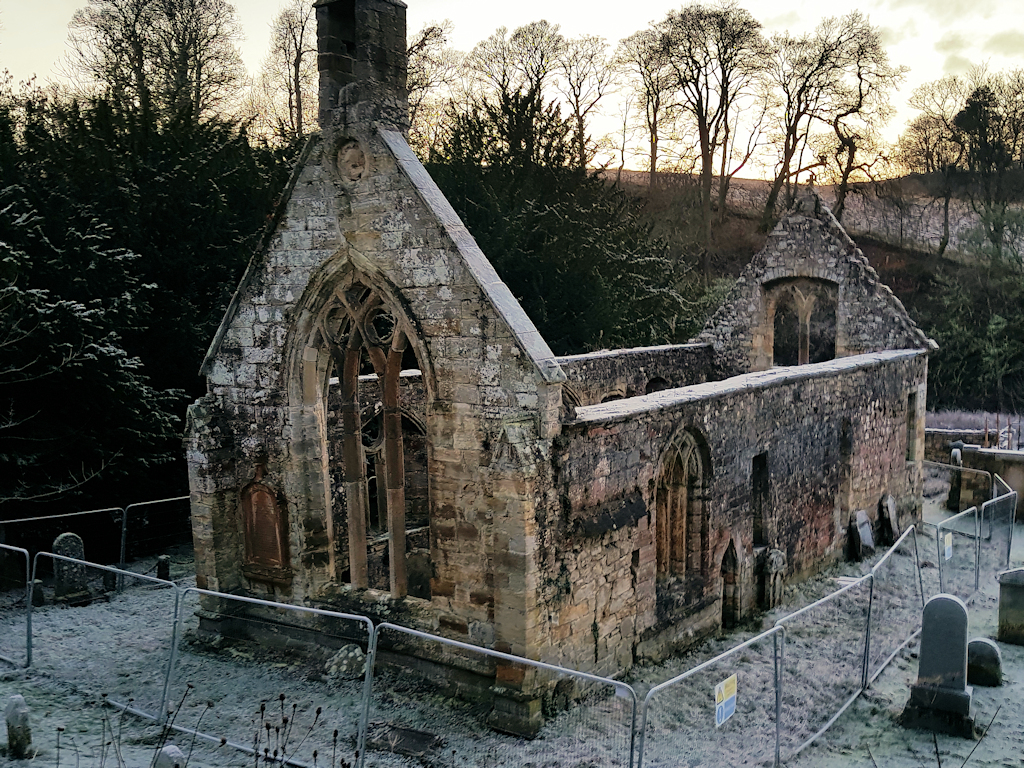 There is very little information on Templar estates in Scotland. Although part of the Province of England, no mention is made of Scottish estates in the inventory of the Order's possessions made in 1185 at the request of Geoffrey Fitz Stephen when he was appointed Master of England. Nor is there any mention in the inventory made in 1308, when the Knights Templar were arrested in the British Isles.

About the origin of Balantrodoch, it is thought that the original donation was made by the King of Scotland David I to Hugues de Payns in 1128, when the latter came to Scotland after visiting the King of England Henry I Beauclerc.

Since its creation, the exact date of which is unknown to us, the preceptory of Balantrodoch has been the seat of the Master of the Order for Scotland. According to some, the first mention of a commander of Balantrodoch dates back to the 1160s, with reference to Brother Robert in 1160 and Brother Bartholomew between 1165 and 1169.

In 1175, a deed mentioned that the Brothers of Balantrodoch gave their assent to the gift of an estate of land in Glasgow made to a certain Brother Raan, without specifying the function of the latter in the Order. According to some sources, he was Brother Ranulph Corbet, commander of Balantrodoch between 1174 and 1199.

The estate of this house of Balantrodoch was located on a small ridge along the Esk River, south of Edinburgh. The Order first had a small chapel and a mill built there. The estate consisted of very damp clayey soil and moorland. Some agricultural land were located in the valley, near the river, while pasture for sheep was located in the surrounding hills.

Direct and indirect sources tell us the names of some of the preceptors of Balantrodoch and also Masters of the Order in Scotland. In addition to Brother Bartholomew, Brother Robert and Brother Ranulph de Corbet, cited above, we find Brother Hugues de Conyers in 1233; Brother Roger de Akiney between 1278 and 1290, Brother Brian de Jay between 1286 and 1292, probably alternating with the previous one; Brother John de Sautre in 1296; Brother John de Husflete between 1304 and 1306 and Brother Walter de Clifton between 1306 and 1309.

The house of Balantrodoch had many properties spread throughout the area around Edinburgh, for example in Gullane, Aberlady, Temple Liston (Kirkliston), Falkirk, as far as Berwick-upon-Tweed, 80 km to the east, on the North Sea side and in the suburbs of Glasgow, about 80 km to the west.