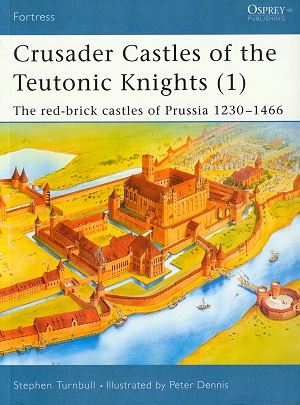 Throughout their stormy history the Teutonic Knights of Germany have always been the most controversial brotherhood ever to call themselves 'Knights of Christ'.

They were the most warlike of the religious orders, and this is reflected in the architecture they left behind.

In contrast to the Templars, who are remembered for their churches, the Teutonic memorials are the magnificent brick-built castles they built as a result of their conquest of Prussia between 1230 and 1380.

Many of these dramatic fortresses still exist today in what is now Poland, and provide a unique example of an architectural style that closely reflects the nature of the Order.

Stephen Turnbull is recognised as one of the world's foremost military historians of the medieval and early modern periods. He first rose to prominence as a result of his book published in 1977, The Samurai: A Military History.

Since then he has achieved equal fame in writing about European military subjects and has had over 30 books published.