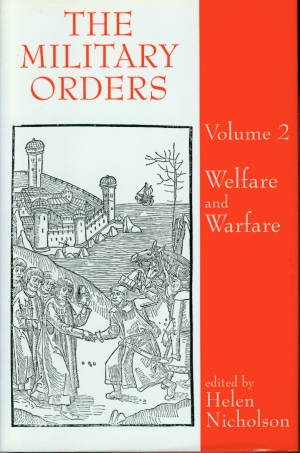 Nearly nine centuries after their first appearance, caring for pilgrims in hospices and protecting them from attack on the road, Military Orders continue to play a variety of social and charitable roles today.

This collection of thirty-three papers from the second international conference on the Military Orders, contributed by scholars from Europe, the Middle East and the United States, covers the whole period of the Military Orders' existence.
The diversity of the subject matter reflects the Military Orders' wide-ranging activities, dealing with topics such as medieval hospital care, crusading in the Middle East, warfare in Lithuania, piracy in the Mediterranean, castles in Bohemia, the Reformation in Switzerland and seventeenth-century European diplomacy.

Following on from the proceedings of the very successful first conference, The Military Orders: Fighting for the Faith and Caring for the Sick, edited by Malcolm Barber (1994), this volume again demonstrates that, in the words of Professor Jonathan Riley-Smith in his Introduction: 'The history of the Military Orders has something in it for everyone'.