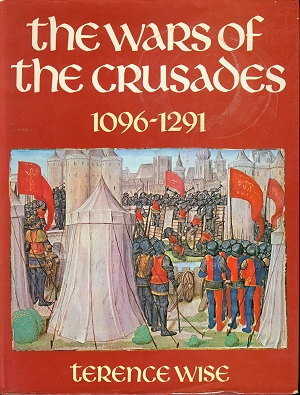 The Wars of the Crusades is an authoritative account of one of the most fascinating episodes in medieval history.
Written by an acknowledged expert in the field, the book not only covers the struggle between Christians and Moslems for control of the Holy Land: it also examines many of the lesser-known campaigns of the Crusading period, such as the exploits of the Teutonic Knights in their struggle to impose Christianity on the pagan Prussians and the Albigensian Crusade in France, where Frenchman fought Frenchman in a battle over two conflicting interpretations of Christian teaching.

Heavily illustrated in colour and black and white, The Wars of the Crusades gives detailed coverage of campaigns, weaponry, armour and costume, fortification, and tactics from both the Christian and Moslem viewpoints. It is a total record of one of the greatest struggles ever waged.

Terence Wise is a well-known military historian, who, over the last ten years, has written nine books on military subjects, as well as over one hundred articles for various magazines. He is recognized as an authority on war games, and has written one of the standard works covering this field.
Prior to his career as a writer, Terence Wise served for three years in the Army, and joined three whaling expeditions to the Antarctic from 1957 to 1960.